I don’t have a lot to say today! But I hope that everyone has a wonderful Christmas!

Since you all care so much, I’m going to give you the Christmas Present of Mike and my fleshed out Star Wars Theories. 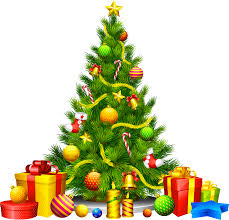 OK, so we’re still not sure if Rey is a Skywalker, although I am inclined to believe that she is.

My theory is that she’s Luke’s daughter, and that she was assigned to Ben Solo (Kylo Ren) as a Padawan. Luke knew that Rey was very powerful, and that Ben was close to the darkside, he believed that training her would help balance his nephew.

Once he was tempted by Snoke, Ben had to prove his devotion to his new path. He was instructed to kill his cousin and apprentice as well as his old master. He failed to kill Luke and could not bring himself to kill Rey, thus he abandoned her on Jakku. The girl was presumed dead and this betrayal is what finally broke Luke.

Leia recognized Rey when she finally met her after the destruction of Starkiller Base and Han’s death.

His failure to kill Rey and guilt over abandoning her are what’s “tearing him apart.”

Mike’s theory is that Rey isn’t a Skywalker at all, but is still from the same bloodline as Luke and Leia.

Padme had family. There’s a deleted scene from Episode II where she and Anakin eat dinner with her parents and sister. Rey is Padme’s grand niece. Luke hid her on Jakku…OK we’re still trying to figure out why, but that’s the thought.

We’re both also open to the idea that she’s Obi-Wan’s granddaughter too. As we do have 17 unaccounted years for him on Tatooine and protecting his descendants would probably be high on Luke’s list of priorities.

Mike also twisted his theory to include that Rey might be both Padme’s grand neice and Obi-Wan’s Grand daughter, what with the 17 unaccounted years and all.

I think that one’s a bit of a stretch though…

Hey all! It’s been a while since I hit on my obsessions so I figure it’s time to check in with them again. You probably know most of them, since me having, like, a life, has been getting in the way of a lot of obsessing these days. 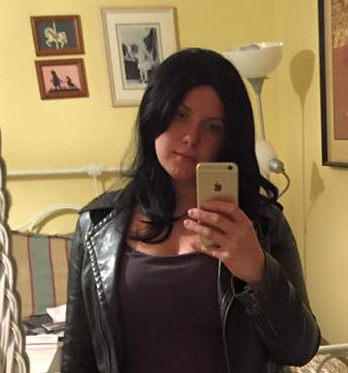 I knew going in that Mockingjay Part 2 was not going to pack the emotional wallop that Part 1 did. That half of the story just doesn’t have the same complexity.

But what this movie lacks in emotional complexity it makes up for in Natalie Dormer gunning mofos down with a machine gun. So it has that going for it.

That isn’t being entirely fair to this movie, which, like most of The Hunger Games lives very much in the general area of feels. The final sequence, which enacts the much maligned epilogue, had me balling. (I actually love  the end of Mockingjay, I think it’s remarkably realistic and emotionally resonant.)

The movie edits around Phillip Seymour Hoffman’s death well, which, if I wasn’t looking so hard for it, might go completely unnoticed, and the overall performances are stellar, but that’s not a surprise for this movie.

If Jennifer Lawrence wins an Oscar this year, it will probably be for Joy, and that’s kind of a shame, because she deserve a lot more recognition for Katniss than she gets. This character would have chewed up and eaten just about any other actress, and Lawrence makes her, well, a person. I still want to punch Gale in his stupid handsome perfect Hemsworth face, and Josh Hutcherson is a perfect little golden retriever of a human being. Woody Harrelson and Elizabeth Banks don’t get nearly enough to do, but what they do do is perfect.

I also just want to note that early in the film, as a bunch of characters stand around planning a battle, only two people at that table are white dudes, and most of them are women.

Not many, but all good.

Alice Through The Looking Glass could be good? I don’t know, I was so disappointed in Alice In Wonderland, but God, that cast, you know?

Deadpool, it’s going to be perfect. It just looks so freaking good. Just so good.

Star Wars: The Force Awakens, I can’t. I just, I really can’t. We’re a month away, and my heart can barely take it anymore.

Over the past week, I’ve been reading a lot of “How I Came To Camp Firewood” stories, as everyone I know on the internet (and a good chunk of the people I know in real life) worked their way through the 8 episodes of Wet Hot American Summer: First Day of Camp. And this is mine.

Wet Hot American Summer is a weird movie. But as a kid who grew up on Mel Brooks it always made perfect sense to me. (Dealing with the crashing of a space station while a perfectly choreographed version of “Day By Day” goes on is downright low concept compared to say, anything that happens in Silent Movie.)

I found it, like many others, due to the reputation of one of it’s really, really accomplished cast members. And while learning that Paul Rudd, Amy Poehller and Michael Ian Black were all in it made 18 year old me all the more hungry for it. But I came to the party for Marguerite Moreau and I will not apologize for that. Not ever.

See, the summer after my senior year of high school, I dealt with the anxiety of the coming life changes by deciding to watch Kevin Smith’s entire catalog and by watching as many movies starring the cast of The Mighty Ducks as I could get my hands on.

(Mostly this meant watching Newsies and Heaveyweights over and over again…)

And that when I found Wet Hot American Summer and was overwhelmed by it’s silly greatness. It helped that I recognized just about everyone in the movie, and in the next ten years, they’ve all become pretty much ubiquitous on the comedy scene, which I love just as much, if not more, than I did back when I was 18.

Which is why I was really excited and also nervous last week for First Day of Camp, which promised, at the very least to bring together a group of people still at the top of their comedic powers, and like, half the cast of Mad Men.

The 8 episodes were stellar, and not surprising, my favorite parts revolved around Elizabeth Banks. But it was nice to see that Coop doesn’t fall in love with Katie because of Katie, it’s because Coop is that guy who talks to a girl twice and decides she’s his soulmate. McKinley and Ben fell in love because of a musical number. The talking can of vegetable was not all in Gene’s head, but actually, their fallen camp director, Mitch, who drowned in Toxic Waste.

But mostly I’m digging the little details. The fact that they had to create a character who’s an even bigger ass hole than Andy for us to root for Andy and Katie to get together. The fact that Gail was involved with 3 men in a 24 hour period.

First Day of Camp is a worthy prequel and a very funny one.