Hey everyone! It’s time for a trip report, who’s excited? (ME! I am!) I’m recovering from both the trip and the eat a thon that is Thanksgiving which makes lazing around in yoga pants talking about the trip sort of great!

So, day 1. Travel days are, as I’ve said before, tricky! I flew out of JFK this time instead of Newark because it would up being about $200 cheaper (in a “time and aggrivation as money” analysis however, MUCH MORE EXPENSIVE). I had a 10 o’clock flight, so I left the house at 6 AM to get parked and to the gate by 8:30. It was an uneventful but lovely flight, I even landed early at 12:45, and, true to form, was in my room at Pop Century, an hour and a half later. (SHORTER Magical Express trip than ever.)

Juli and Dom had driven down and arrived the night before, and had headed over to the monorail loop for lunch, so I got to the room to change for our evening at Magic Kingdom for Mickey’s Very Merry Christmas Party.

After Juli and Dom got back to the room I headed to the food court and picked up a flatbread.

Before the party, from 4 to 7, we had a few fastpasses, Splash Mountain and the Tinker Bell meet and greet. Both went well, Splash being just refurbished, it looked amazing.

I love meeting Tink, too. She’s definitely on my list of people to shoot for most trips! We also stopped by to say hi to Peter Pan, as he’s Juli’s favorite, and since she was wearing her pixie dust outfit. (I’m sure she’ll be discussing this in detail on her blog, during her “Fashion Friday” pieces.) 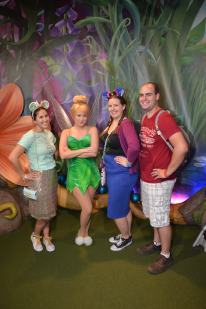 Then, 6 o’clock, and then 7 hit and it was party time. We walked on to Pirates and Jingle Cruise, after Juli changed into her Elsa Disneybound and we walked around, eating cookies, drinking hot chocolate and marveling at the Christmas decorations, and snow on Main Street. Sometime in there we grabbed dinner at Pecos Bill’s, which was a new one for me, and even though I generally try to avoid Magic Kingdom counter service, I liked my chicken taco quite a bit. (Shocking, that I enjoyed a chicken taco, I know!)

We met Judy Hopps and Nick Wylde, which was also super fun, and paid a visit to Goofy dressed as Santa. Then we hopped over to wait to meet Donald and Uncle Scrooge and, sadly, for my current Duck obsessed self, decided to bail when it was getting close to fireworks time. Then we couldn’t bring ourselves to leave main street and all it’s glory before watching the parade.

But first I want to talk about Holiday Wishes. I’d never seen it before (obv) and tried to avoid videos of it. But I’d heard about the “Oh Christmas Tree” section in various places, and I’ve got to tell you, it did not disappoint. It’s a breathtaking combination of pyrotechnics, music and lighting, that of course, made me cry like a baby. 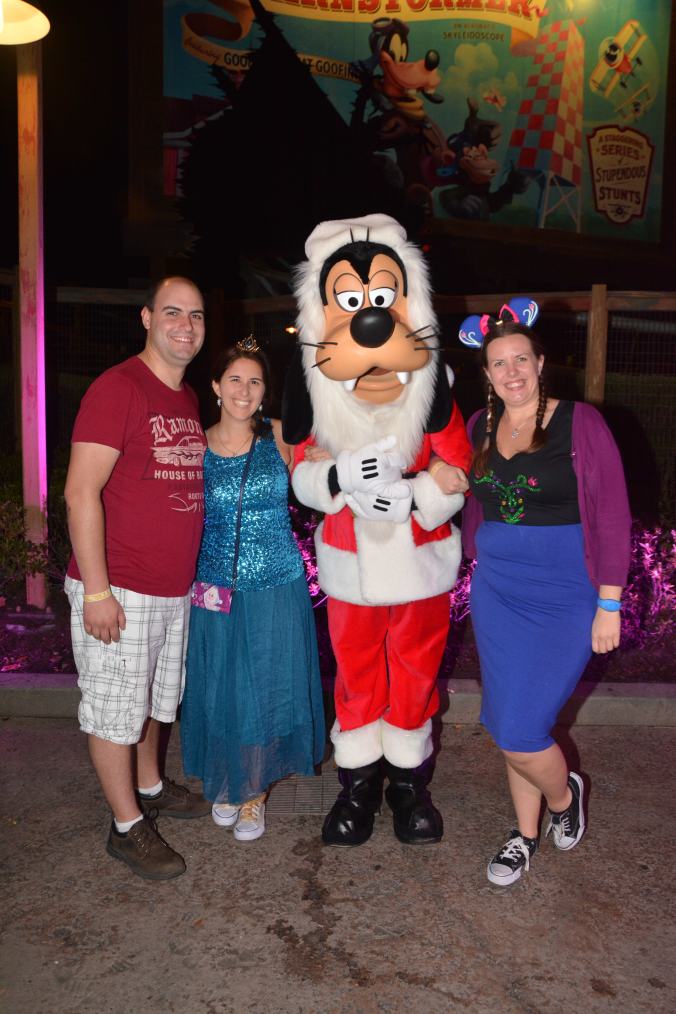 Then the parade. Overall, I preferred the experience of the Christmas party to the Halloween party, and really really enjoyed the Christmas parade, but it can’t touch Boo To You. That said, taken on it’s own, it’s spectacular, and the Christmas costumes on the characters are great, and I’ll always love a visit from Santa. 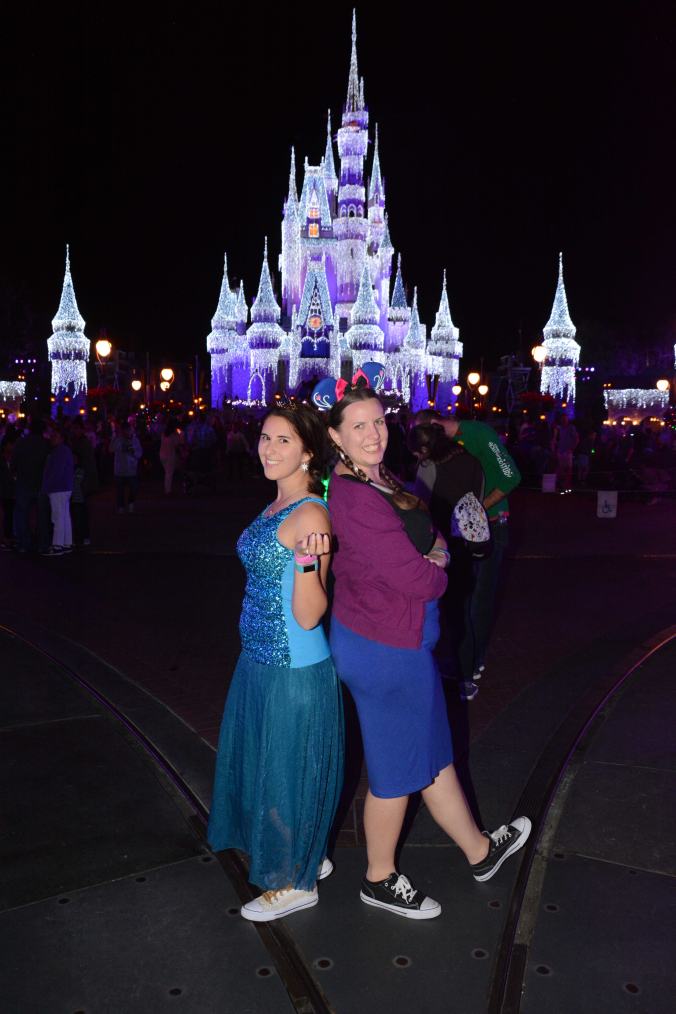 Post parade we wound back, rode The Haunted Mansion and then bough some party exclusive merch at the Emporium, before heading back to Pop to sleep.

Up next! Dapper Day at Magic Kingdom, and other thoughts and joys.