Day 2 of Doctor Who week. 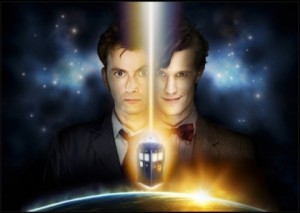 One of the most important aspects of Doctor Who is that he doesn’t “travel” as he calls it, alone. He brings “companions” on the trip with him. As I thought out what I was going to do for this post, I knew it would be tricky. I’d decided to rank companions, but the definition is a little wonky (like everything associated with The Doctor). So I’ve decided that I’m only ranking the opening credits, multiple episode, titled companions. Sad as that is for the likes of Captain Jack Harkness and Mickey Smith, that’s the only way I’ll be able to get through. (And again, I suck, I’m only familiar with the re-launch, so yes, I am aware that I’m ignoring 40+ years of history.)

God help anyone I knew who had already watched the show when they revealed that River Song was the daughter of Amy Pond and Rory Williams. I was so put out by the round about and convoluted story that I think I actually yelled at my computer. I do like River, the character, a whole lot. I love Alex Kingston who plays her.(ER, yay!) I’ve even come around to her relationship with The Doctor (they get married, she is also a Time Lord.) But I can’t get past the inherent wierdness of the whole thing. So, she gets the bottom of the list. 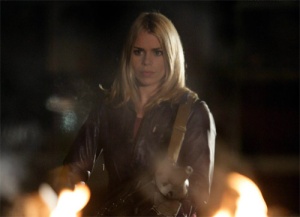 I am the Bad Wolf!

This one surprised me when I thought things out. I love Rose. I think she’s amazing. I love that she, unlike a lot of the others, actually gave up her entire life to travel with the Doctor. I love that she stayed through a regeneration (Eccleston to Tennant), and then fell in love with him. I love that she and I share a profession, (I too, work in a shop). I love that she gets to live out her time in an alternate universe with her very own Doctor clone. (As well as her reunited parents.) My attachment to Rose is a big part of why I had so much trouble coming around to River.  But there are others that just outrank her. There’s nothing I can do about that. 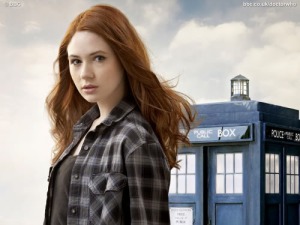 The Girl Who Waited

The fiery Scottish redhead, who was the first person that Matt Smith’s doctor encountered. Amy, like almost all of the companions, is at her best when she’s telling the Doctor what he does wrong. And he screws up a lot when it comes to her. Although less stalwart than her husband Rory, she still loves the two men in her life and would do anything for them. (And if she dies, I might stop watching.) 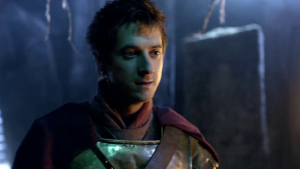 My head is full of Roman stuff!

Rory literally waited thousand of years for Amy. He was sent back in time as a Roman Centurian and Amy was frozen for her own safety. He waited and guarded her until it was time to wake her up. He is called, “The Last Centurion,” and this basically sums up Rory. Also he took her last name (well, it was forced on him by the Doctor, but still). Rory and Amy are a package deal, but they both deal so differently with their time on the TARDIS that I feel the need to separate them. 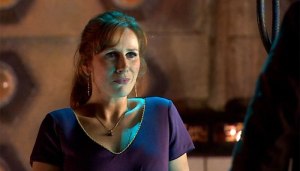 I said that I think The Doctor is at his best when his companion is telling him how he can be better. No one was more lovingly critical of The Doctor than Donna Noble. She was a blue collar type, with a loud mouth and a bit of a ditzy demeanor. Donna’s story turned out tragically, when in order to save her sanity The Doctor had to erase all her memories of him and their travels. He considers her his “best mate,” and Donna was always funny, touching and willing to go the extra mile for the Doctor. 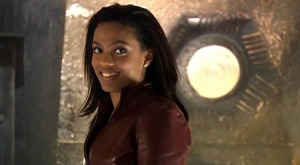 Doctor Jones (Only the coolest of the cool get to bear that particular name!)

SURPRISE! Believe it or not, this is an answer that snuck up on me. But the more I thought about, the more I realized that while I’d never thought much about Martha, a posh medical student with an incurable crush on the Time Lord. But when I did think about her, I realized that almost all of my favorite episodes were hers. The entire Master storyline, Martha. The completely brilliant “Blink,” where we met The Weeping Angels for the first time, Martha. I even like her arc on Torchwood best. She compliments the Doctor better than any of the others, which if we’re being honest, is what we’re looking for in a companion.

We know that we’re getting a new companion in about a month. Where will she rank? (It will be below Amy and Rory, at least for a while.)